GalaxyPink's original Sexual Fantasy Kingdom is here, bigger, longer, and better than before! It's been updated and upgraded, and includes an all-new bonus scene! There are 8 scenes, with 30 animated sex positions, shown in 90 camera angles, and 300 CG images, featuring 20 original characters!

Throughout the Kingdom of Sexual Fantasies, girls are surrendering to their fantasies, featuring not only humans, but elves, orcs, and other creatures too!

This volume is the original introduction to the Sexual Fantasy Kingdom, that launched the entire series. Every scene has been retouched with new-and-improved lighting and texture shaders, for higher detail and realism. Some scenes have added animations, and some are completely redesigned and recreated! There is new sound design, and voices by Himari, Nanase Watarai, Sayaka Keina, Nitrogoblin, and GalaxyPink, and a new version of the Sexual Fantasy Kingdom theme music by Yoshiki Ara, played by GalaxyPink on the guitar.

If you tried the original version, the GALAXY EDITION will amaze you! If not...Welcome to the Kingdom of Sexual Fantasies!

The Galaxy Edition has an all-new, all-original bonus scene featuring GalaxyPink herself, and her real-life friend November, in a lush dream sequence with 180 images, and eight animations! It's at least twice as big as any other GalaxyPink scene so far! 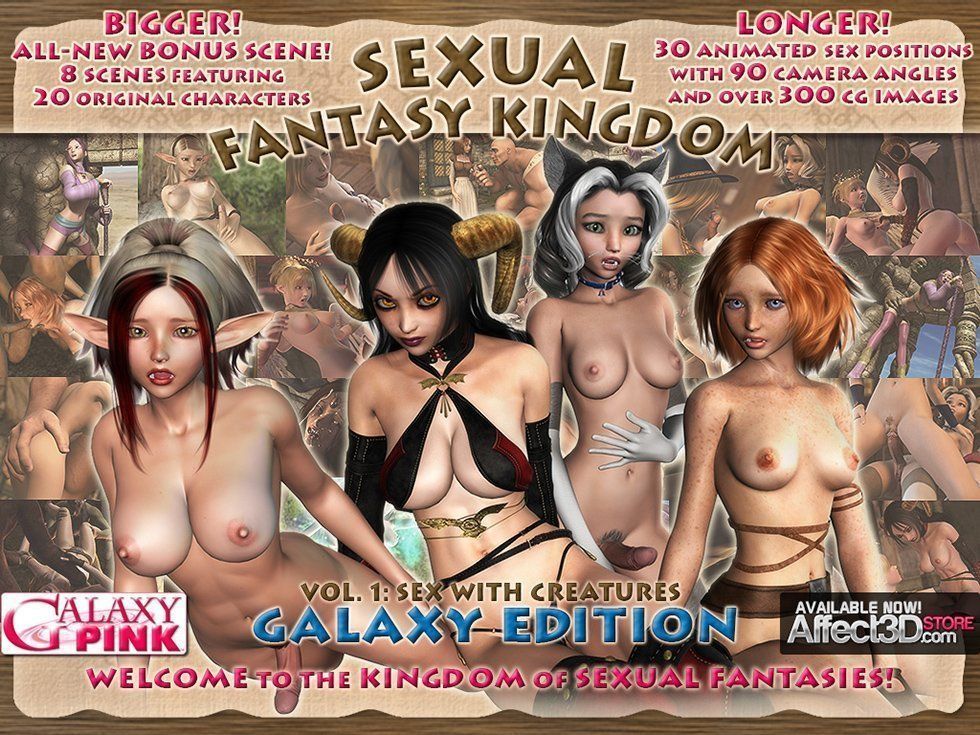