Elf Slave: Volunteer - One elf, Karen, heard a rumor about the sex slave. Some orcs are used for trading female human and elf. Especially, the elf slave is rare and expensive.

Jenna's Revenge: Elf Slave Story - It has been several days since Karen disappeared. The rest of the elves don't know where she went, nor that she volunteered to become a sex slave. One of her fellow elves, Jenna, decides to head out and look for Karen.

Elf Slave 2 - The pure elf Suzi is still looking for her missing colleague, Karen. Suzi had been searching in the forbidden forest for a long time. Finally, she runs into a goblin. But can the goblin help her?

Elf Slave 3: Two Elves - Karen was imprisoned in the dungeon cell for several weeks. She seems to enjoy her life now, although many things have changed.

Elf Slave 4: Cross Fate - Two elves Karen and Suzi, constantly had sex with Boer Orcs. During their life, a goblin sneaks into the prison cell.

Elf Slave 5: Goblin Bride - The Boer Orcs think Karen is no longer useful and decide to sell her. On the way, they meet the Spiky Orcs. Suzi accepted the proposal of Vics (the goblin who saved her from the Orc's cell). Vics' friends wanted to share Suzi, but Vics did not allow it.

Elf Slave 6 : Love & Lust - Karen started serving Spiky Orc. They treated her like a sex toy. They have a plan to play with her body all night. Meanwhile, since the visit of Vic's friends, Suzi's life has changed a little. One day, Suzi made a serious decision after having sex with her husband, Vics. 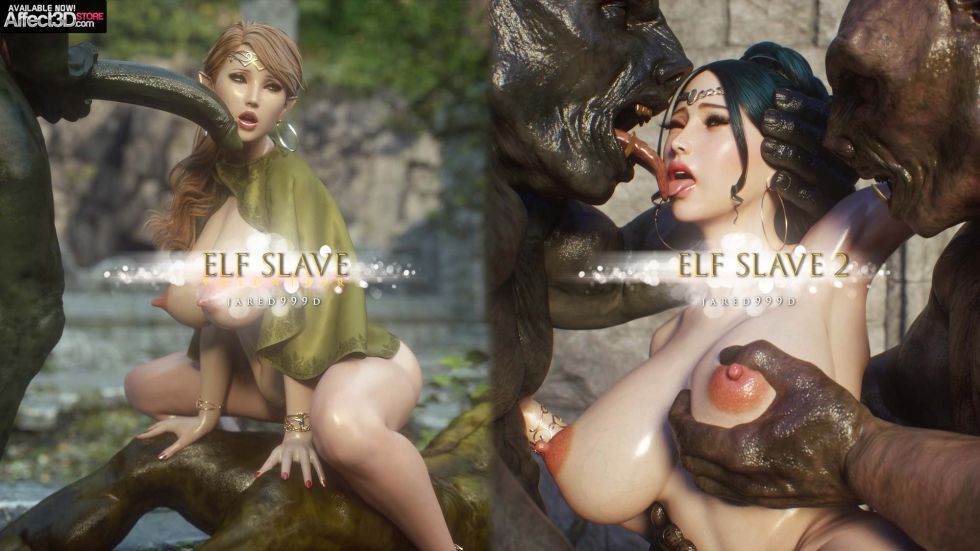